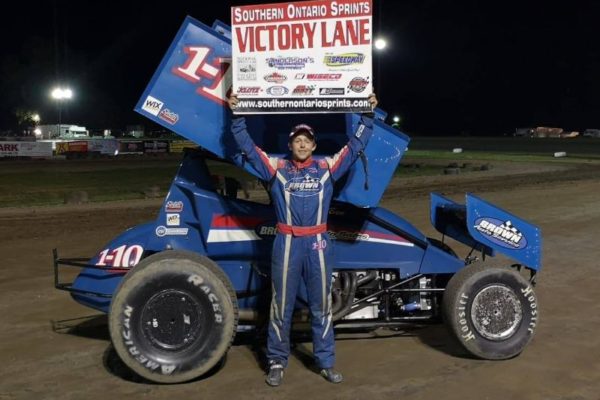 It was long overdue for Brantford’s Brown Racing as Jake Brown scored the team’s first A-Main win of the season  – a convincing green to checkered flag run in Round 4 of the Southern Ontario Sprints 2019 Tour at Brighton Speedway on Saturday night, July 27th.

The youngest of the two racing brothers drew the pole position for the night’s main event at the Northumberland County oval  and was never seriously challenged in the 25-lap chase despite a couple of early race cautions and a late race accident that broke his momentum. In each case the fourth-year 360 Sprint Car driver charged back into a comfortable lead on the restarts.

While Jake was building his lead at the front of the field, Mitch Brown was putting pressure on second row starter Cory Turner of Caistor Centre for second place. Mitch had started fifth in the 17-car field and had moved into third place by lap 10.

Following each restart the seasoned competitor of the Carquest, Brantford Hyundai, Strodes BBQ & Del, Brown Auto Service #10 stayed on the heels of Turner but couldn’t gain enough momentum to make a serious bid for second place. In the closing laps he also had to contend with another Team Turner Racing member Ryan who was closing fast in the final three laps.

At the finish it was Jake Brown with a half straightaway lead in capturing his second career SOS win followed by Cory Turner, Mitch Brown and Ryan Turner with Ohsweken’s Aaron Turner rounding out the top-five.

“It was a fun race and a great track, really slicked up with a nice top”, Jake said in the post race interview.

With his win in the first of three qualifying heats and his third place finish in the A-Main, Mitch Brown is now tied with Ryan Turner atop the SOS (unofficial) seasonal point standings.

Aaron Turkey and Ryan Turner the other heat winners with Shawn Sliter of Port Colborne, ON wining the Dash. 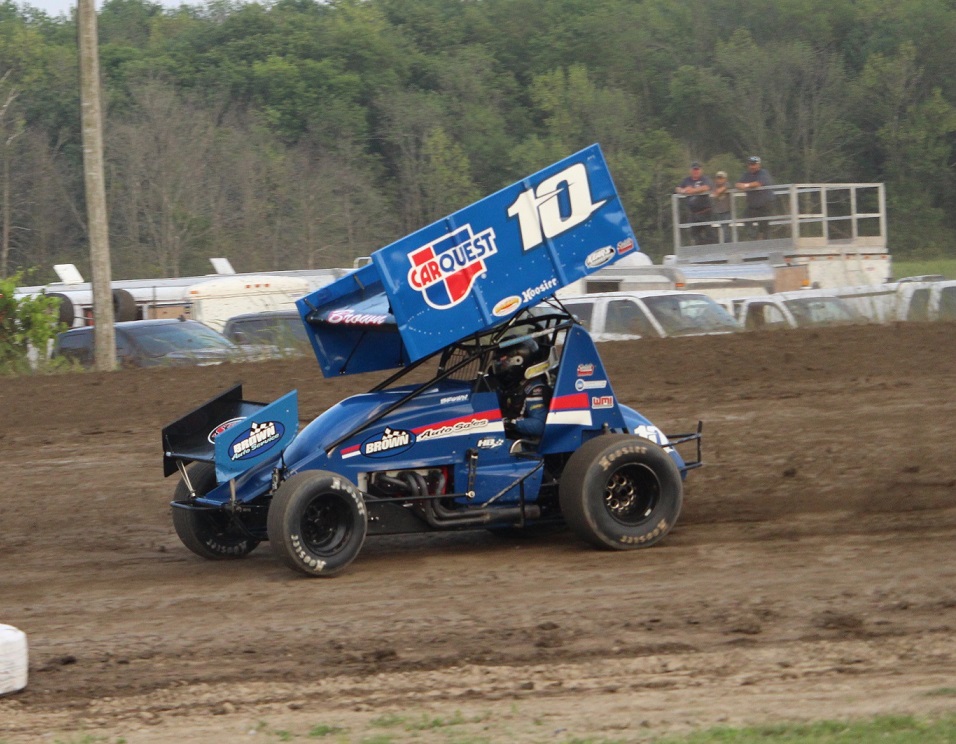