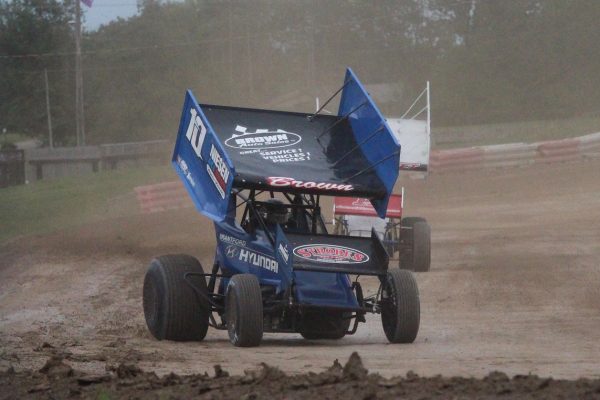 Brantford’s Mitch and Jake Brown have spent much of the 2018 racing season campaigning south of the border in Ohio, Michigan, New York and Indiana but this coming weekend their intense focus will be on Ohsweken Speedway and the Canadian Sprint Car Nationals.

Going into this weekend’s season ending special, the brothers have made only five events at the local oval in 2018 with Mitch running to 3 top-five finishes in A-Main races and Jake recording two in the top-10.

This year’s Sprint Car spectacular will mark Mitch’s sixth appearance at the Nationals  highlighted by 10th-place finishes in 2016 an 2017 while Jake qualified for the 2018 and 2017 races but experienced problems that led to disappointing finishes.

“We’ve been testing different tires and set-ups in recent weeks to see if we can improve upon some of the handling issues we’ve experienced on slick tracks like Tri-City Motor Speedway in Michigan two weeks ago and here at Ohsweken and Merrittville Speedway last weekend,” commented Mitch on what further changes if any he and Jake will be making  in preparing for the two-day show. “Last Friday’s race was a little disappointing and possibly the slickest surface we’ve run on at the 3/8th-mile track in quite some time”.

The brothers will have Friday’s “Night Before the Nationals” to make further adjustments that may be required. 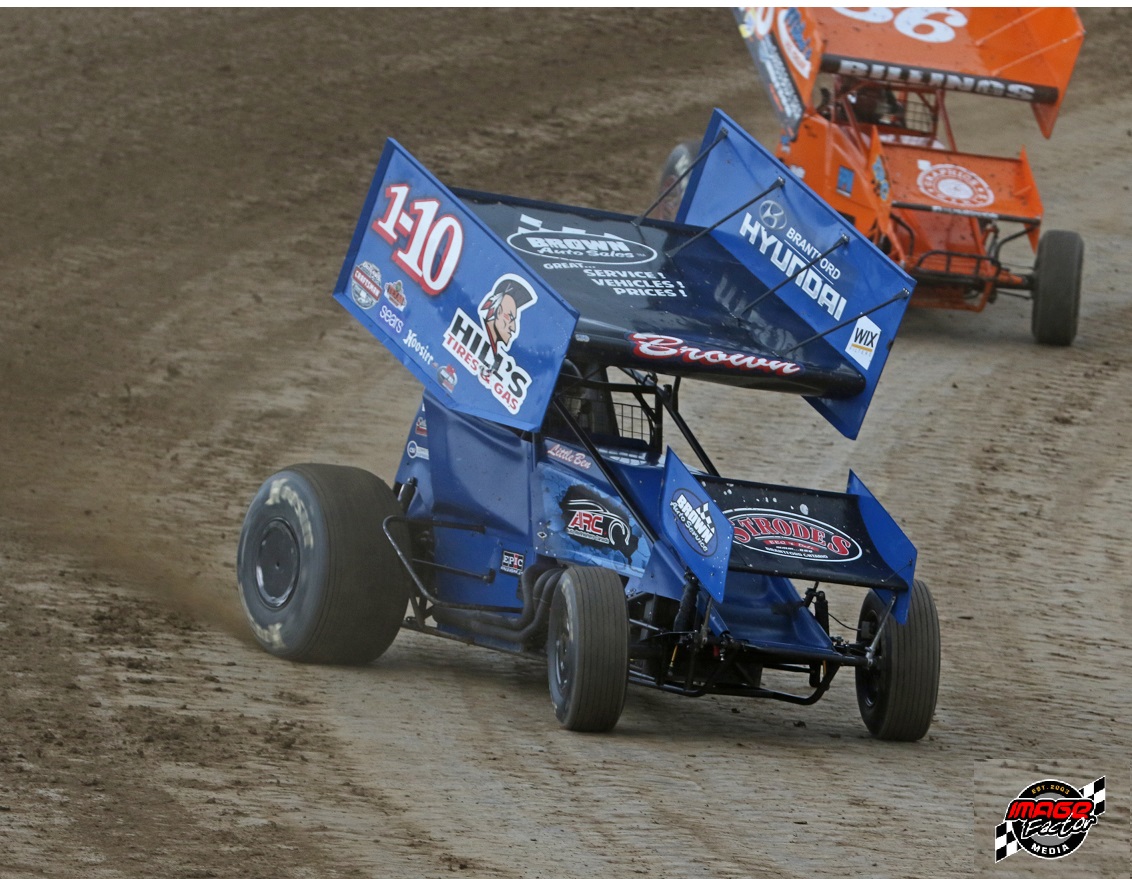 Long time associate Strodes BBQ & Deli of Brantford has stepped up to the Title Sponsorship role for Mitch’s #10 Sprinter for this event with Brantford Hyundai, Brown’s Auto Service and Niesen AC/Heating of Naples FL continuing their sponsorship involvement.

Strodes BBQ & Deli have been supporters of the Brown family racing programs dating back to Mitch’s initial foray into the car racing sport back in 2008.

Jake will continue to carry the identification of Hill’s Tire & Gas, ARC- Auto Refinishers Canada, Strodes and Brown Auto Service on his #1-10 machine.

The 14th annual late summer special which offers a purse of $10,000 USD-to-win and a guaranteed  $1,000- to-start the 35-lap A-Main is expected to attract upwards of 60 top 360 Sprint Car racers in the Northeast and other points throughout the US and Western Canada.

Friday’s Night Before the Nationals race card features twin 15-lap features for Ohsweken Speedway regulars in the Kool Kidz-Corr/Pak 360 Sprint Cars as well as the rained out Patriot Sprint Tour Feature from July 20.