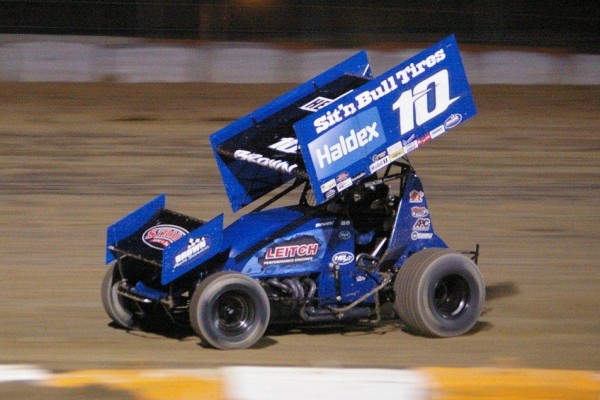 With still a few months of cold and snowy weather left before the green flag waves on the local motorsports season here in Southern Ontario, Brantford’s Mitch Brown is heading south this weekend for some pre-season Sprint Car racing action in the Sunshine State.

It will be the sixth-year Sprint Car driver’s first trip to Florida for active competition since turning his focus entirely to motorsports following his last year of Junior hockey eligibility at the end of the 2013-2014 season.

Mitch’s first stop in his early racing schedule will come February 19, 20, and 21 at East Bay Raceway Park near Tampa Bay for the “17th King of the 360’s” and “14th annual Ronald Laney Memorial”.

Drawing from 17 states and Canada, the talent pool for the three day, $10,000 to win spectacular includes a pair of past champions with Ohsweken, Ontario’s Glenn Styres (2012) and Terry McCarl (2006) of Altoona, Iowa each looking to bag their second Ronald Laney Memorial victory. Wayne Johnson of Knoxville, Iowa, a frequent visitor at Ohsweken Speedway and winner of the 13th Annual Ronald Laney Memorial in 2014 is also expected to among the competitors vying for the big prize in this year’s Lucas Oil ASCS-sanctioned event.

Joining Mitch Brown and Glenn Styres will be a handful of other Canadian competitors including Thomas and Lou Kennedy Jr. of Winnipeg and Chris Durand of Port Stanley, Ontario.

From postings on local speedway and Sprint Car Racing Series websites, the first 360 Sprint Car Racing event in Southern Ontario is scheduled to take place on April 25th -a Patriot Sprint Tour race- at Merrittville Speedway south of St. Catharines with the season opener at Ohsweken Speedway scheduled for May 15th.