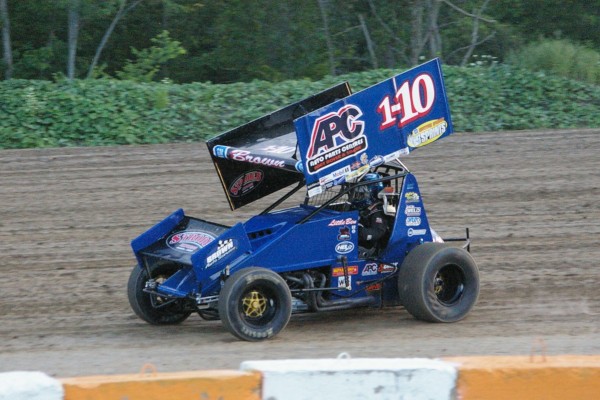 The win came in a riveting non-stop 20-lap event that saw the older of the two racing brothers take the lead from pole sitter Shane Ross of Thedford on lap five but just as it appeared he was destined for the victory, Tilbury’s Kyle Patrick got past him on lap 15.

Brown fell back to 3rd behind Cheektowaga, NY driver Todd Hoddick for two laps but rallied to take 2nd back on lap 18 and stole the win away from Patrick on the last lap. Patrick settled for the runner-up spot, followed by Hoddick, Dain Naida of Tecumseh, MI and Glenn Styres of Ohsweken.

The electrifying race took just over 5 minutes to complete and was Brown’s second win of the season at Ohsweken moving him to within 27 points of leader Glenn Styres heading into next Friday’s Season Championship Night.

And while Mitch Brown barely had time to savour his win, his younger brother Jake was racking up the feature win in the track’s new Strickland GMC Crate Sprint Car division.

Jake took the lead from pole sitter Mark Czuba of Burlington on lap 7 then endured a fierce battle as the two drivers raced wheel-to-wheel and swapped the lead several times until Czuba spun in turn 4 on lap 12.

Brown drove the remaining laps uncontested to take his 2nd win of the season, followed by Dylan Westbrook of Oakland, Ryan Hunsinger of Stouffville , Josh Shantz of St. Agatha, and Aaron Turkey of Ohsweken.

He now sits third in the divisional points just four out of second place with one night left in the track’s regular season events.

As Jake later posted on twitter “Pretty cool to park it in victory lane the same night has my big brother”.

Fresh off his win at Ohsweken on Friday night, Mitch Brown was back on the track for two nights of racing Saturday and Sunday at Brighton Speedway where he drove to back to back second place finishes in Southern Ontario Sprints action.

In Saturday night’s A-Main Brown chased Joyceville, ON veteran Rick Wilson to the finish line in the 25-lap feature.

Sunday night’s main event posed an even tougher challenge for the Brantford youngster who started 12th in the 20-car field after a 4th-place finish in his qualifying heat.

In the early going Mitch’s forward progress was hampered by a scrambling group of cars mixing it up for position on the tight 1/3rd-mile oval and some early cautions. But once he got past points leader Glenn Styres he honed in on the early leaders.

Brown caught a break with two laps to go when the caution came out for the final time.

On the restart he was sixth in the running order (two lapped cars were between him and the three leaders) but he disposed of them quickly then passed the second and third place runners on the final lap to finish second to Keith Dempster of Alton, ON.

For Mitch Brown it was a sterling performance on the night but not enough to catch points’ leader Glenn Styres for the 2014 SOS Championship.

The win for Dempster was his first of the season and made it a clean sweep for the Ohsweken Speedway regulars on the SOS Championship podium.

Mitch and Jake Brown will be back at Ohsweken Speedway this coming Friday (September 5th) for the track’s Championship Night -the final regular night of racing. 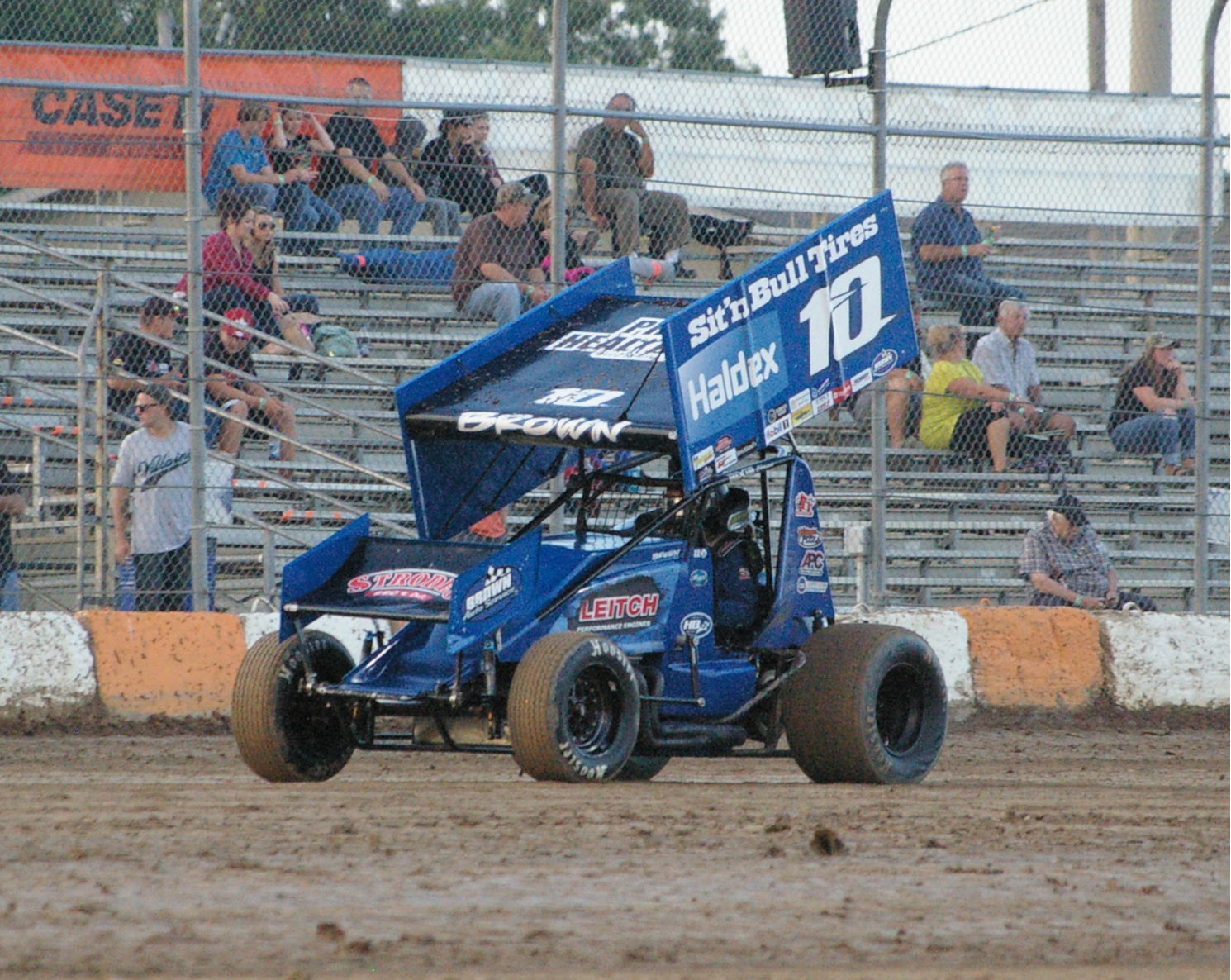