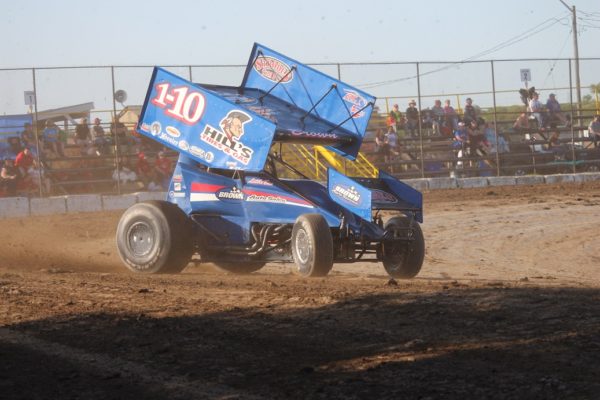 With five weeks of racing under their belts, Mitch and Jake Brown are beginning to show some of the prowess that has earmarked their past competitiveness on the local short track racing scene.

Going into this past weekend’s events at Ohsweken Speedway and Merrittville Speedway they had produced a combined 11 top ten finishes in feature events with older brother Mitch recording seven of those and Jake four -two of which were third-place finishes on Michigan speedways in late May.

By the time this past weekend was over the brothers had added four more impressive runs to that total and enjoyed one of their most successful weekends of the early season to date.

Friday night at Ohsweken Mitch came up one place short of capturing his first win of the season when he ran out of laps in an attempt to haul in race winner Mack DeMan of Mississauga, ON in the 20-lap Kool Kidz/Corr-Pak A-Main.

The veteran driver of the Carquest, Brantford Hyundai, Brown Auto Service, Strodes BBQ & Deli #10 Sprinter started eighth in the 25 car field and made steady progress through the pack to move into contention for the win but just couldn’t gain the lead in the closing laps.

Jake Brown started on the front row of the main event, lost some ground early before recovering and settling into fourth-place for the balance of the race.

In Saturday night’s Southern Ontario Sprints race #2 at Merrittville Speedway, Mitch raced to an easy win in heat qualifier #1 with Jake coming in second in heat #4.

Mitch Brown would move into third on lap 18 with Ryan Turner moving into fourth after passing Lyons on lap 19. Westbrook would go on to score the win with Ryan Turner taking advantage of lapped traffic in the closing laps to edge past Brown for second place with the Brantford driver settling for third place.

Jake Brown remained in contention but was hampered by lapped traffic in the closing laps and wound up fourth in the non-stop green to checkered flag contest. 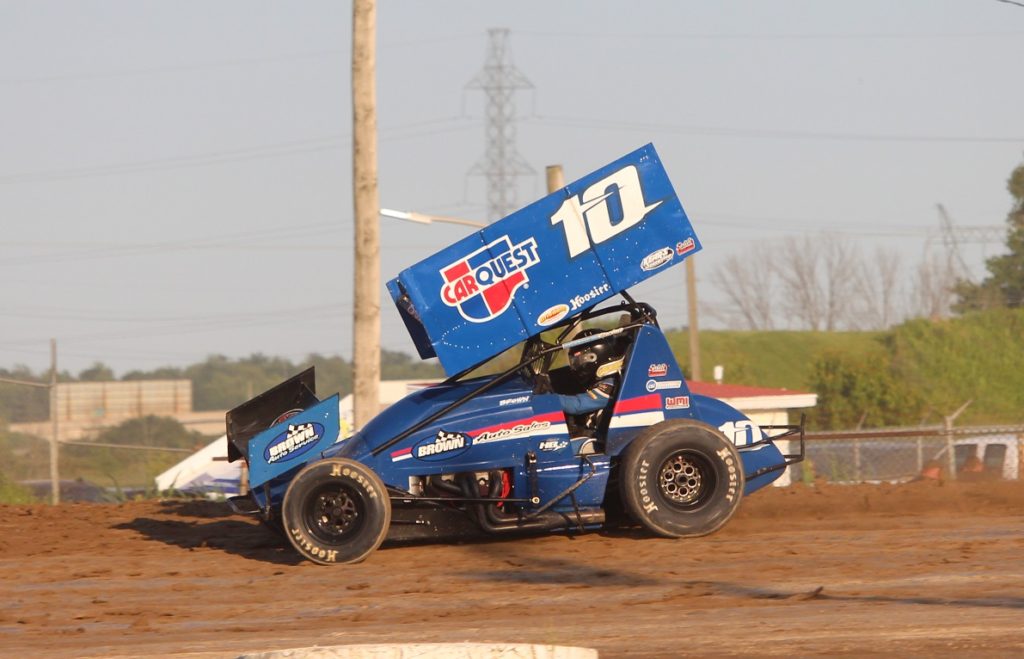 Mitch Brown almost didn’t start Saturday’s main event at Merrittville when the motor in his car failed to fire in the push off. Fortunately  the team identified the problem as a loose magneto wire before the race went green.

A broken left rear shock was the cause of Jake Brown’s DNF at Ohsweken on June 14th.

Barring any change in their plans Brown Racing is scheduled to compete at Ohsweken Speedway on Friday June 28th then head to Ohio’s Fremont Speedway to compete in Saturday’s “Open Wheel Shoot Out” show featuring the NRA 360 Sprint Invaders along with the AFCS 410 Sprints and 305 Sprints.