NO HOME COMFORT FOR BROWN BROTHERS AT OHSWEKEN 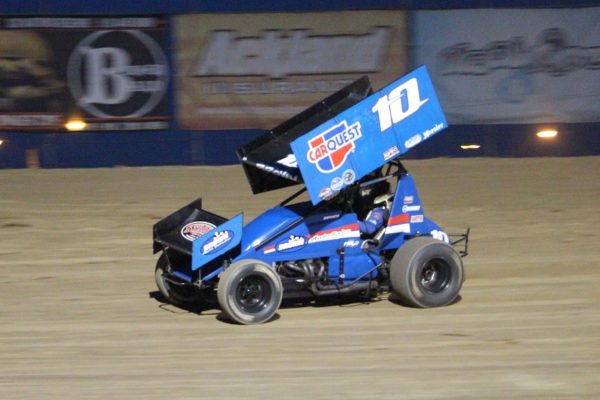 Gremlins Continue to Plague Teammates in Opening Weeks of 2019

The Brantford-based teammates faced yet another tough field of 360 Sprint Car competitors and an even tougher clay track for the “Rochester Knighthawks Night” at Ohsweken Speedway on June 7th.

Mitch Brown was fast with a time of 16:663, second among the 26 teams in pre-race hot laps and was flawless in the first of three qualify heats where he led from start to finish with Cory Turner of Caistor Centre, ON and Josh Hansen of Beamsville, ON in tow.

Jake Brown started sixth in the opening heat as well but dropped to 8th in the 8-lap chase forcing him to run the B-Main in order to qualify for a starting place in the 360 Kool Kidz/Corr Pak feature. He led that 8-lap chase from start to finish.

The 20-lap A-Main saw Mitch draw spot number 3 behind front row qualifiers Ryan Turner of Caistor Centre and Mack DeMan of Mississauga, ON in the 24-car field but he faltered following an early race restart when intermittent fuel supply issues developed in his car.

Because he was unable to maintain a steady pace as the race wore on, Mitch finished a disappointing 11th in his Carquest, Brantford Hyundai, Brown Auto Service, Strodes BBQ & Deli #10 Sprinter. 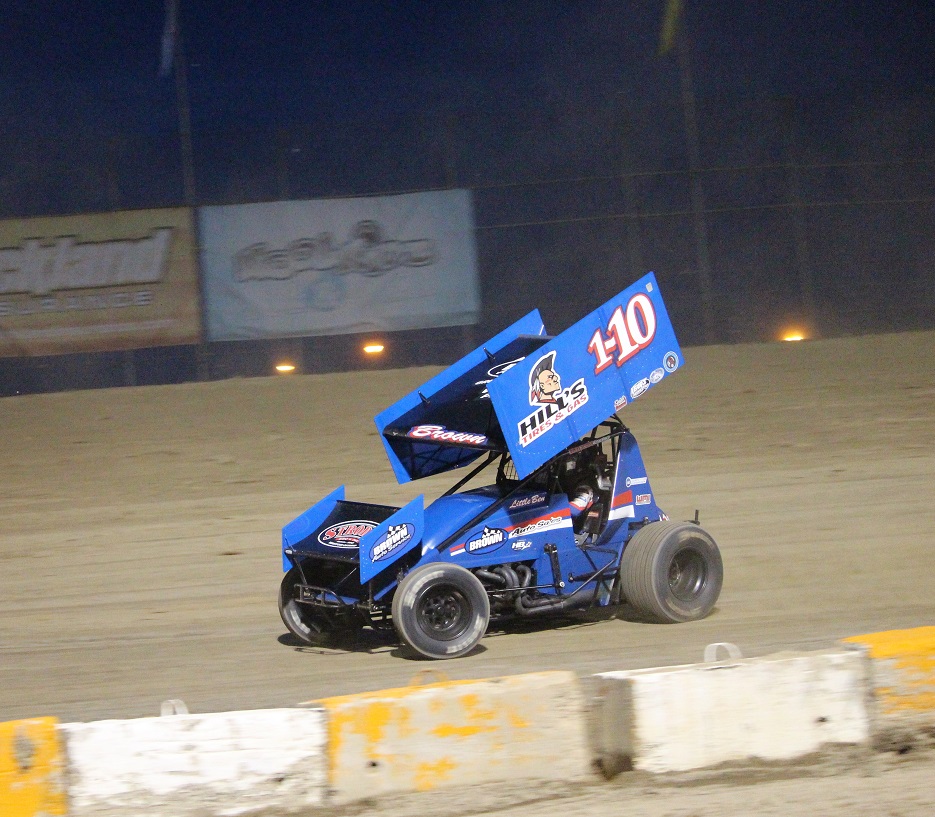 “We’re still looking for the source of the fuel issue in Mitch’s car”, Doug Brown stated following the night of racing. “But we suspect the bumpy condition of the track may have contributed to a pinched fuel pick-up with the constant jarring most cars experienced through corners 1 and 2. The overall condition of the track was dry and particularly rough all night in that area.”

After three nights of racing at Ohsweken Speedway Mitch Brown is seventh in the Kool Kidz/Corr-Pak Sprints Points standings -55 behind leader Dylan Westbrook of Scotland, ON who has been unbeatable at the 3/8th-mile oval so far this season. Jake Brown is currently 13th.

Whatever the issues are with the cars, be they mechanical or mischievous gremlins, the team hopes to have them sorted out for this coming weekend when they return to Ohsweken for Friday’s “Core-Mark Wall of Fame and Kids Race night” then travel mischievous to Saturday’s show at Brighton Speedway for the twice postponed opener of the Southern Ontario Sprints 2019 season.