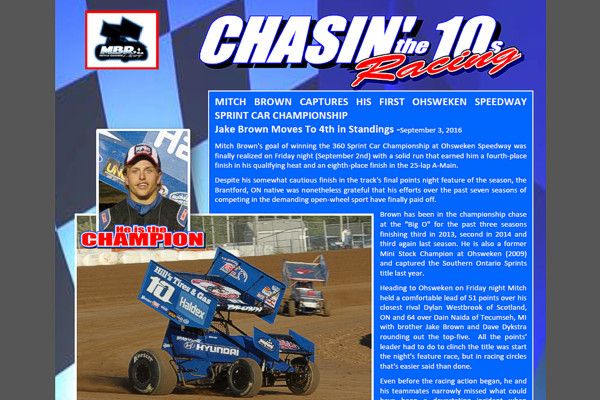 Jake Brown also finished the regular season one a high note by winning his qualify heat then placing fourth in the night’s feature race thus solidifying his fourth-place finish in the points standings.

Details of the Friday results and a review of events Mitch and Jake participated in leading up to the season championship along with coverage of other series races over that past few weeks are noted in the team’s Summer newsletter.

Both brothers are planning to compete in the Canadian Sprint Car Nationals at Ohsweken Speedway September 16th -17th.