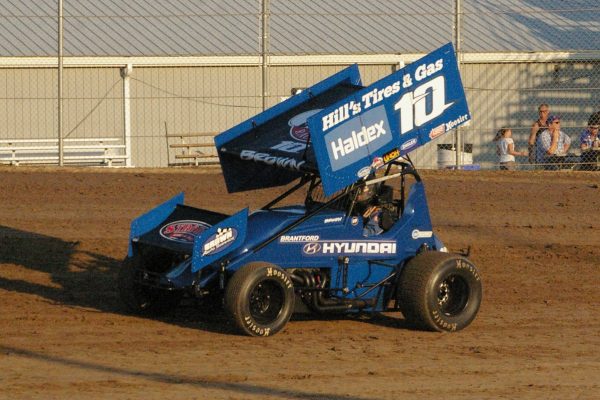 Mitch Brown continues to set the pace as the championship battle for Ohsweken Speedway’s 360 Sprint Cars heads into the home  stretch.

With only two nights of competition left on the track’s 2016 regular Friday night schedule, the driver of the Haldex/Brantford Hyundai/ Strodes BBQ & Deli/Hills Tire & Gas/ Brown Auto Service Sprinter has opened a lead of 65 points over Dave Dykstra of Port Colborne, ON and 74 ahead of third place Dylan Westbrook of Scotland ON.

Last Friday night ( August 19th) at Ohsweken, Mitch Brown won his qualifying heat then made a determined bid for a podium finish in the A-Main after dueling with Glenn Styres of Ohsweken in the closing laps of the 20-lap feature. But when the drivers were closing the gap on second place running  Shane Ross of Thedford, ON Styres used his preferred high line around the 3/8th-mile oval to get by the low line running Brown to take third place.

Bryan Howland of Auburn, New York stole the lead from Shane Ross on lap 15 and held off the field on a lap 16 restart to earn the victory in the Kool Kidz-Corr/Pak 360 Sprint Car A-Main.

The win marked the first return of Howland to Ohsweken since his dramatic win in last September’s Canadian Sprint Car Nationals.

Westbrook finished one spot back of Brown in Friday’s feature while Dave Dykstra struggled to a 17th-place finish. 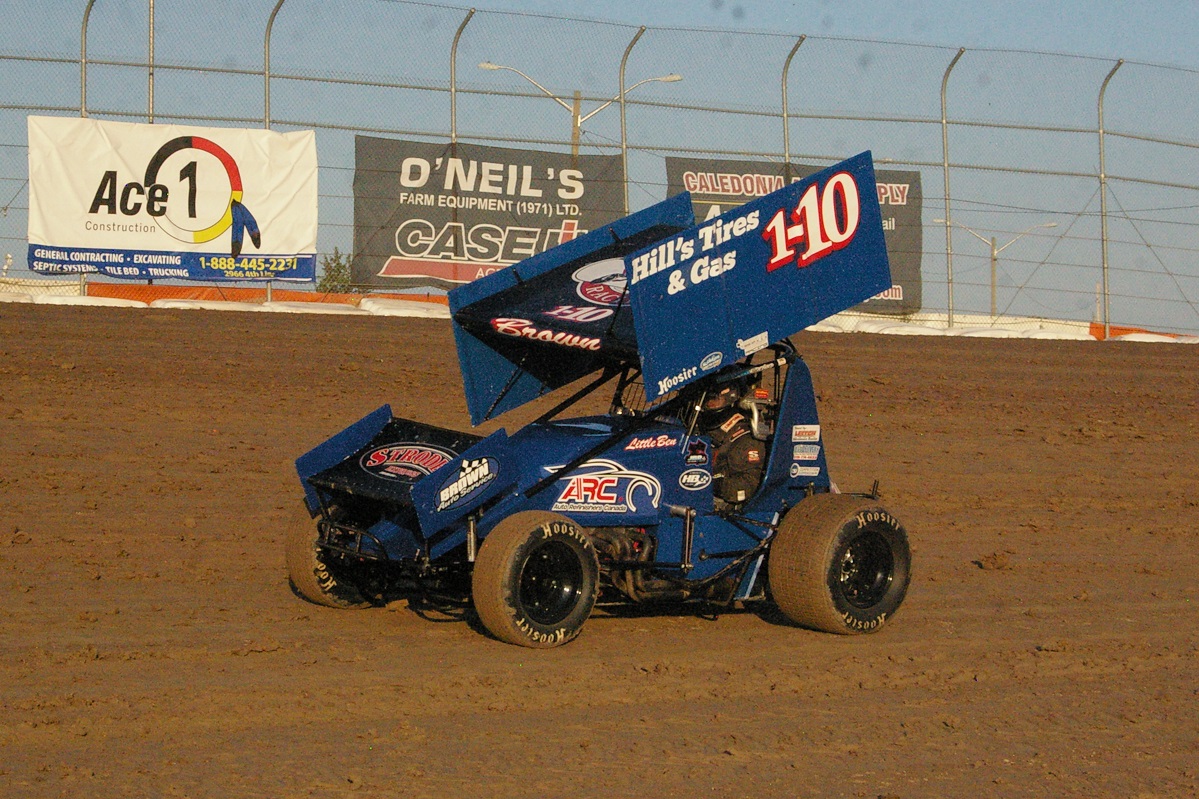 Mitch Brown’s brother Jake Brown who sits fifth in the 360 standings and Dylan Westbrook are in the hunt for “Rookie of the Year” honours. Jake trails Dylan by just 21 points heading to Ohsweken for this Friday’s races.

Following a hectic night of racing at Ohsweken Speedway on Friday night , Mitch Brown and his team headed for Brockville Ontario Speedway Saturday for the fifth and final full points event for the Patriot Sprint Tour- Canadian Series.

Trailing defending and two-time PST Canadian Champion Jared Zimbardi of Bradford, PA by 59 points Brown knew catching the leader was practically impossible but he was determined to retain his second-place status in the standings with a strong performance at the Eastern Ontario track.

When the night was over, Zimbardi had recorded his third win north of the border and eighth win in 21 Patriot Sprint Tour races to date in 2016.

Mitch finished a distant 10th in Saturday night’s show and secured second place in the 2016 standings but can still feel some measure of satisfaction with his improved overall results on the Patriot Sprint Tour moving up from his fourth-place finish in the PST’s 2015 Canadian Series.