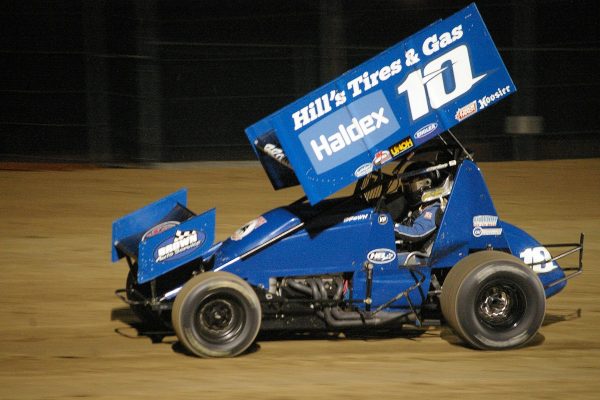 A new chassis and a missed setup may have led to two sub-par starts on the Sprint Car circuit for Brantford’s Mitch Brown last weekend but he rebounded in Sunday’s Patriot Sprint Tour event at Cornwall Speedway with a sterling performance.

On Friday night at Ohsweken Speedway, Mitch won his qualifier and drew the outside front row position for the 20-lap A-Main but he dropped from his advantageous starting spot back to sixth spot at the end of the 20-lap chase.

The following night he struggled to a 13th-place finish in the Patriot Sprint Tour’s first visit of the season to Brockville Ontario Speedway where he faced some of the top 360 Sprint Car drivers from Quebec and upstate New York .

On Sunday night at Cornwall Speedway, the Brantford, ON competitors returned to form with a solid second place finish behind St. Pie, QC driver Alain Bergeron in his qualifier then earned a podium finish in the A-Main with a determined late race charge in the closing laps.

Mitch started eighth in the 23-car field that saw Bergeron start on the front row next to Jared Zimbardi of Bradford, PA to begin the 25 lap event. Bergeron grabbed the early lead for the first two laps before third-place starter Jason Barney of Brewerton, NY took over the top spot officially on lap three and fourth place starter Jordan Poirier found an outside line that worked to his favor to grab the second spot.

Following a restart on lap 11, Zimbardi got by Poirier to grab second and set his sights on the race leader Barney, while Brown had moved into contention as he wove his way through traffic.

Zimbardi passed Barney on lap 22 while Brown moved to third and as the white flag came out he would grab second over Barney.

Zimbardi would go on to the win but the battle for second was on between Barney and Brown and when the checkered came out, Barney would get a good enough run on the bottom to retake second and Brown would have to settle for third.

Jake Brown scored another heat win in his qualifier on Friday night at Ohsweken then recorded a 9th-place finish in the 360 Sprint Car feature.

The first year 360 Sprint Car competitor tagged along with his brother to the Patriot Sprint Tour events at Brockville and Cornwall where he finished fifth in his heat and 10th in the A-Main at BOS.  At Cornwall his car’s setup was off resulting in a 7th-place run in his qualifier and a16th-place finish in the A-Main.

Friday’s Autograph Night is the first of two such opportunities this season for fans to meet their favourite drivers and get an up-close look at their racing machines.