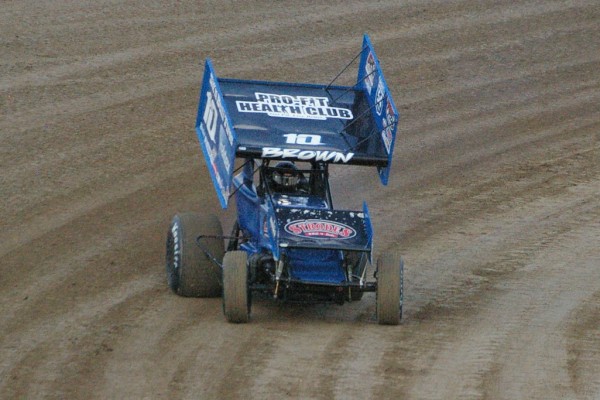 But Styres Sprints to the Lead in the Championship Battle

Mitch Brown continued with his string of solid performances at Ohsweken Speedway on Monday night finishing fourth in the 25-lap Northern Summer Nationals.

The run moved the Brantford competitors into sole possession of second place in the track’s Corr/Pak Merchandising points standings but he now finds himself trying to catch a different leader as Glenn Styres moved atop the standings with a third place finish after five straight wins at the track. He leads Brown by just 2 points with only 5 points nights left on the track’s 2015 360 Sprint Car schedule

Parker Price-Miller of Kokomo, IN won the Monday event after taking the lead from fellow front row starter Shane Ross of Thedford, ON who had led the first five laps before experiencing a safety issue that forced him to make a quick pit stop.

Once in front, Price-Miller took charge of the track warding off the challenges of Mark Smith of Tower City, PA and later Styres.

With a break in his local racing schedule, Mitch Brown heads stateside for two NRA Sprint Invaders races beginning at Limaland Motorsports Park near Lima, OH on Friday July 31st then on to Montpelier Motor Speedway at Montpelier, Indiana on Saturday.

He will return to Ohsweken Speedway on Friday, August 7th for the Corr/Pak Sprints vs Empire Super Sprints contest then on to Brighton Speedway Saturday and Humberstone Speedway Sunday for events 7 and 8 on the Southern Ontario Sprints calendar.

Jake Brown enjoyed another strong run in the Strickland’s GMC 602 Crate Sprints division with a third place finish after starting 11th in the 20-lap feature.

He now sits 33 points back of Dylan Westbrook of Scotland ON who finished second to race winner Josh Shantz of St. Agatha ON 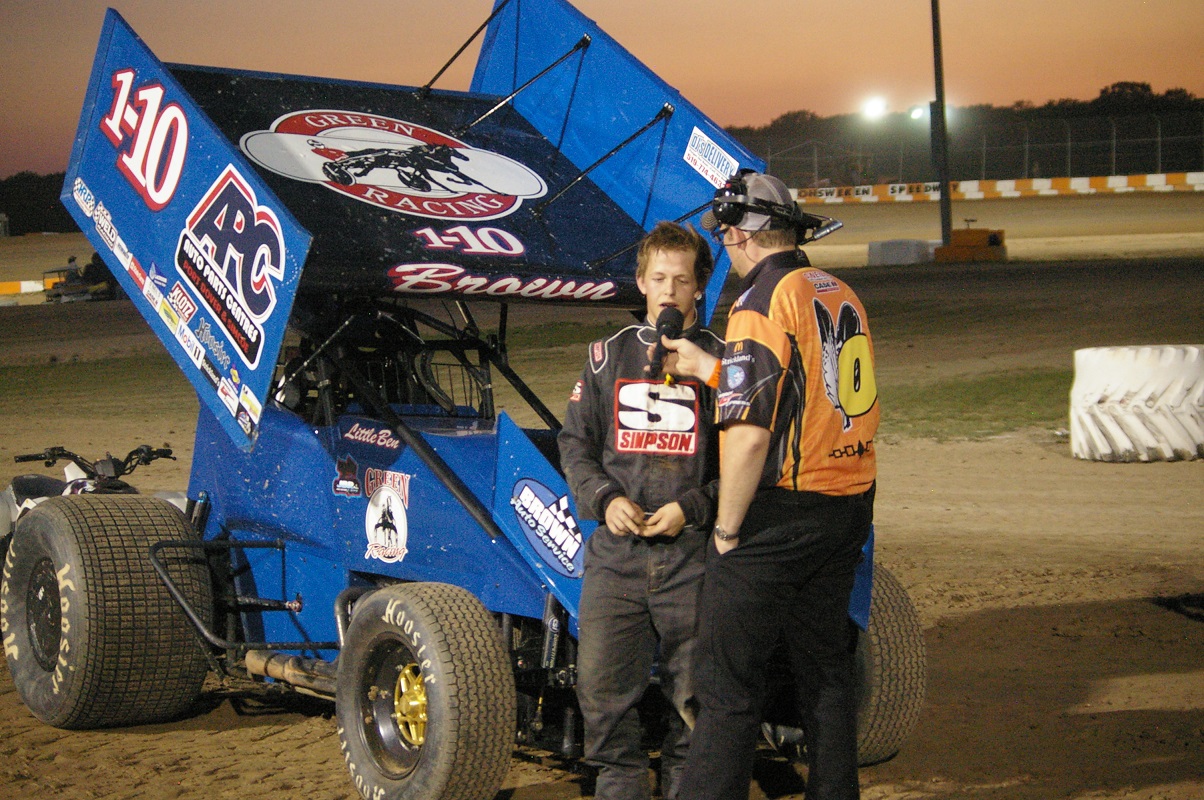