IT WAS A SEASON OF SUCCESS FOR MITCH BROWN RACING 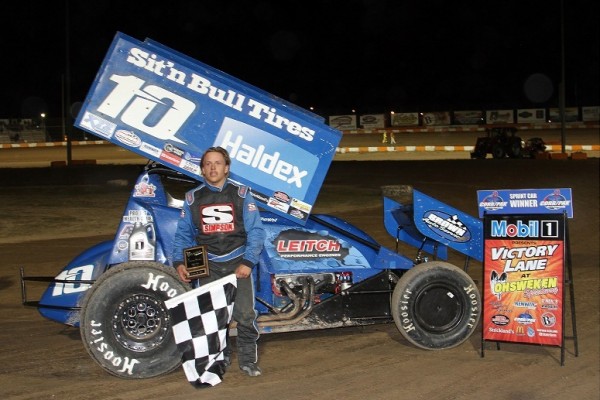 For Mitch Brown 2014 was his most rewarding racing season since becoming a Sprint Car competitor in 2010. The 21 year-old won five A-Main features, enjoyed a steady diet of qualifying heat wins and was runner-up in the championship points’ standings in Ohsweken Speedway’s Corr/Pak Merchandising 360 Sprint Car division and in the Southern Ontario Sprints touring series.

In the Canadian Championship Series of the Patriot Sprint Tour, the Brantford, ON native finished fourth in points and earned his first podium finish in a PST American race with a third place run at Mercer Raceway Park. He also had two other top-10 finishes in limited PST America appearances.

With no hockey commitments to shorten his racing season Mitch qualified for his first Canadian Sprint Car Nationals rallying from a flat tire to finish 13th in the 35-lap event. He also won the first annual Kevin Ward Jr. Young Stars Challenge – an event honouring the memory of a young racer who lost his life in a tragic on-track accident at Canandaigua Motorsports Park in August of this year. (Kevin Ward Jr. had competed at Ohsweken Speedway the night before that horrific incident.)

When Mitch Brown’s regular season here in Canada was over, he competed south of the border where he gained the added experience he was seeking by running October events at Waynesfield Speedway and Eldora Speedway in Ohio before wrapping his season up with runs at Devil’s Bowl Speedway Mesquite, TX and I-30 Speedway, Little Rock, AK -both American Sprint Car Series events.

At Ohsweken Speedway’s annual awards banquet on November 21st the fifth year competitor was acknowledged as the track’s “Driver of the Year” in the Corr/Pak Merchandising 360 Sprint Car division -an award voted on by his fellow competitors.

Among Mitch’s other credits was a perfect attendance award while his teammates were recognized as “Crew of the Year”.

Brown’s younger brother, Jake, finished third in Ohsweken Speedway’s inaugural Strickland’s GMC 602 Crate Sprint Car division this season – his first in a Sprint Car and he too was recognized for his perfect attendance at Ohsweken.

Once his Ohsweken Speedway racing activities were completed, Jake closed out his season on a winning note in a special promotional race at South Buxton Raceway on September 28th.

Despite their achievements, 2014 was also the year the family had to cope with the loss of Harold Brown the father/grandfather who was the patriarch of their racing endeavours. And his involvement in their racing programs will forever be a part of his enduring legacy.

WHAT’S IN STORE FOR 2015?
For Mitch and Jake Brown, the racing season never ends in what is fast becoming a year round operation for the third generation racers.

Mitch Brown’s plans for next season have not been finalized pending the release of schedules and tire rules by the traveling series in which he competes. But he will again be back for a determined run for the championships in Ohsweken Speedway’s Corr/Pak Merchandising 360 Sprints division and the Southern Ontario Sprints series. He also anticipates running a limited number of events with the Patriot Sprint Tour and Empire Super Sprints.

But before those series get underway in 2015, he’ll be heading south in February for some early Sprint Car events in Florida – events for which he already has received some additional sponsorship support.

Jake Brown will be back again in the Strickland’s 602 Create Sprint divisions seeking to vault to the top of the standings and capture his first championship on dirt.

Additional details will be posted on the team’s website www.mitchbrownracing.com in the weeks ahead. 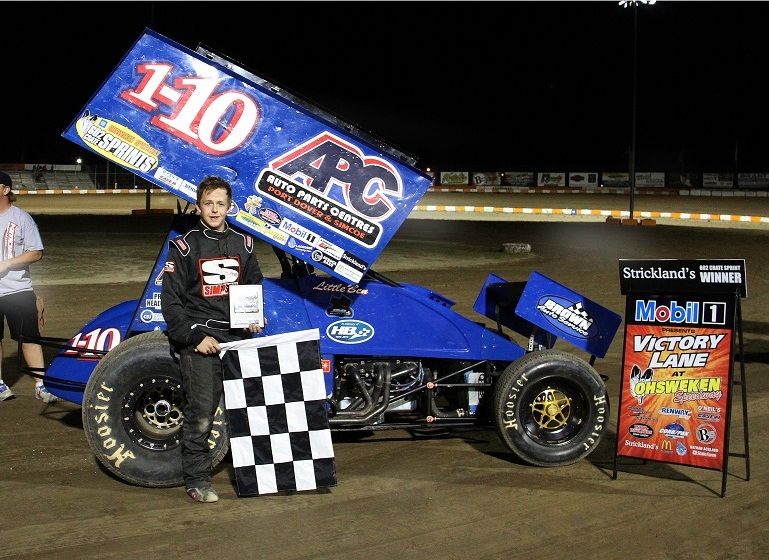