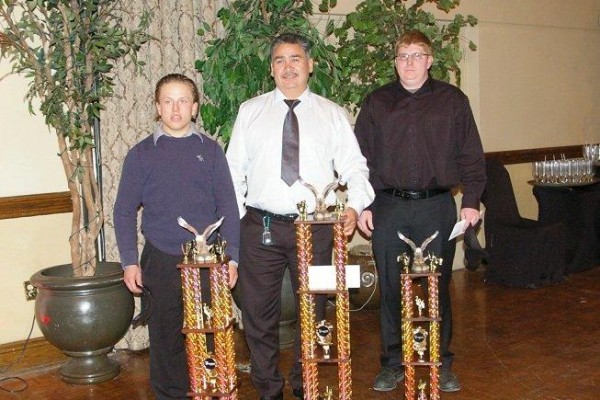 Mitch Brown may have finished a few points short in his quest of a Sprint Car Championship in 2014 but he can take solace in being recognized as “Driver of the Year” in Ohsweken Speedway’s Corr/Pak Merchandising- titled 360 Sprint Car division.

The fifth year competitor was presented with the award -voted on by his fellow competitors – on Friday night at the track’s annual awards banquet at Carmen’s Banquet Hall in Hamilton.

He also received recognition for his perfect attendance and second place finish in the seasonal standings.

Over the course of the schedule at Ohsweken, Mitch recorded two feature wins, seven additional top-5 finishes and five top-ten runs losing the championship by 27 points to Ohsweken’s Glenn Styres.

Mitch’s teammates were also recognized as “Crew of the Year” in the 360 division for their due diligence and dedication in preparing the team car for each event at Ohsweken throughout the season.

Jake Brown also picked up his share of the hardware on Friday night taking home the third-place trophy in the Strickland’s 602 Crate Sprints and the award for perfect attendance. 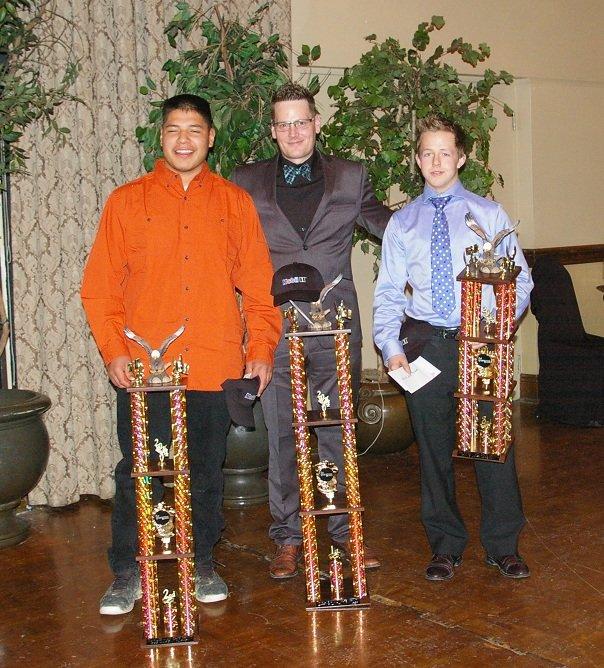 But even with his impressive record it wasn’t enough to catch Glenn Styres in the championship battle.

Both Mitch and Jake Brown will be back at Ohsweken next season in search of that championship trophy in their respective divisions.

Although his plans are not complete at this time it is likely Mitch Brown will again be competing in the Southern Ontario Sprints, Patriot Sprint Tour, Empire Super Sprints again in 2015.

Additional Details will be released at a later date.