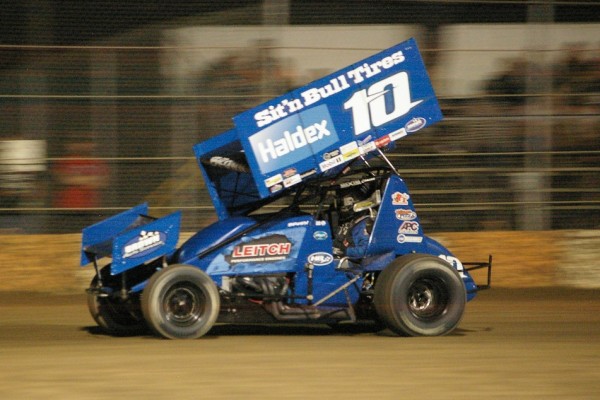 Brantford’s Mitch Brown remains in contention for the points championship in both Ohsweken Speedway’s Corr/Pak Merchandising 360 Sprint Car division and the Southern Ontario Sprints series as he heads into this coming long weekend, but time is running out with only a few weeks remaining in the 2014 season.

Mitch is also aware of 2013 Corr/Pak champion Jim Huppunen of Welland lurking in the chase just 15 points back in third place and definitely not out of contention for his third championship in the past five seasons.

This Friday night’s show at Ohsweken Speedway and again on September 5th will determine who gets to take home the championship hardware for 2014.

Huppunen and Styres lead in the track’s championship record books with three titles each since the 360 Sprints became a regular Ohsweken Speedway attraction back in 2005.

Although the points’ spread held by Styres over Brown going into this weekend’s events at Brighton favours Styres, anything can happen on the 1/3rd-mile oval as witnessed back on August 9th.

Brown took and early lead in that event in what looked like the Brantford driver’s fourth straight win at Brighton but he made a costly mistake when he clipped a giant corner tire markers while trying to lap a backmarker resulting in a damaged front wheel and steering linkage that ended his night early.

Styres, who was running second at the time, went on to win the race with Brown being scored 20th in the 25-lap event.

Last weekend was a busy one for Brown who raced to a third-place finish at Ohsweken Friday night then headed east to compete at Brockville Speedway on Saturday night and Cornwall Motor Speedway on Sunday, both Patriot Sprint Tour events.

He entered those events third in the PST Canada Championship points but could only muster a 10th-place finish at Brockville and an 8th-place at Cornwall dropping him fourth in the final PST Canada standings.

Jake Brown will be back in action on Friday night, seeking to close the gap on leaders Ryan Hunsinger of Toronto and Aaron Turkey of Ohsweken ON who lead the Strickland’s GMC 602 Crate Sprints division at Ohsweken Speedway.

The younger Brown, who is currently third in the standings, trails leader Hunsinger by 66 points and second-place Turkey by 15 heading into the final two weeks of the schedule for the track’s new division.

Last Friday, Jake was back at the track in his APC/Port Dover Auto Parts/Strodes Express/Brown Auto Service race car looking for a solid finish in the division’s feature event.

Although he looked strong at the outset of the 15-lap race he wasn’t able to chase down the early race leaders and settled for a fourth-place in the division’s feature race.

The week before, Brown had set a new 6 lap track record on his way to a heat race win but his night’s performance ended with a blown engine early in the division’s feature.

With only two events left on Ohsweken’s schedule he’s hopefully of adding a second feature win to his “rookie” season record. 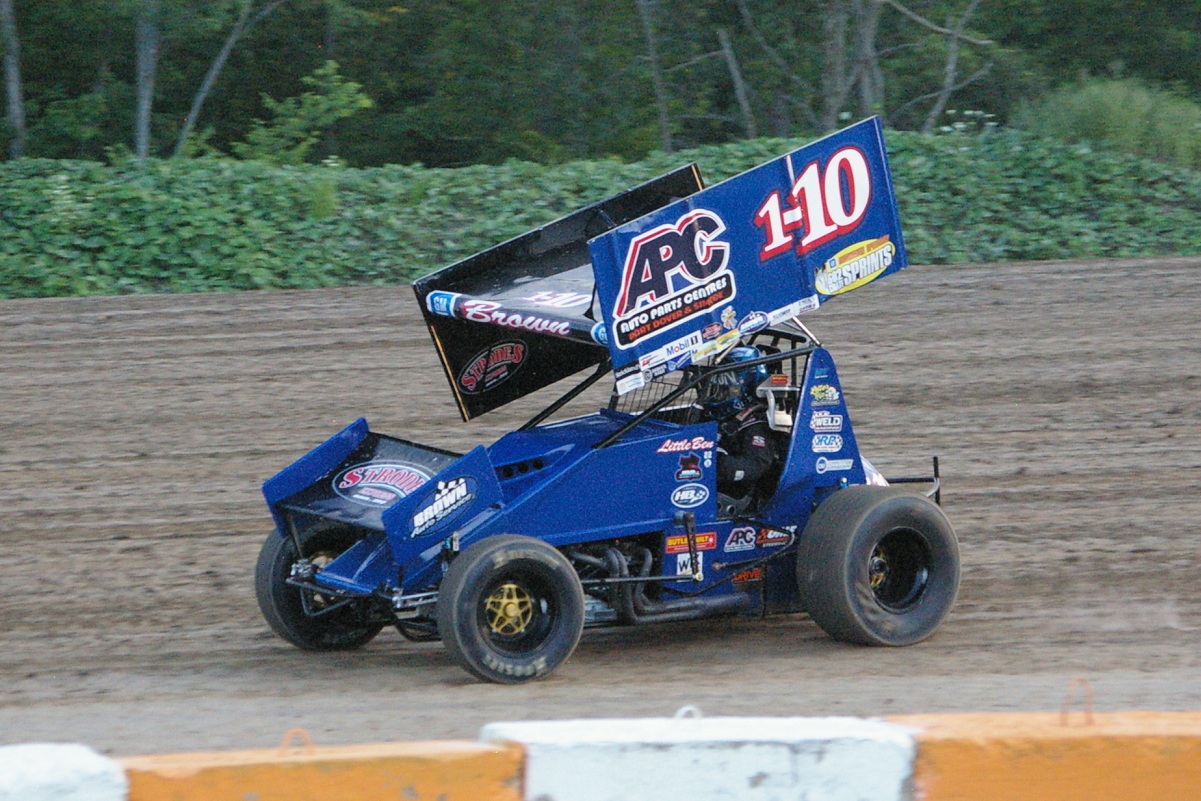