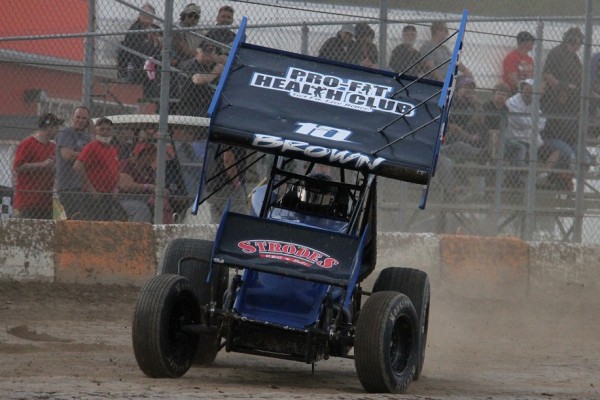 With just five points nights remaining in Ohsweken Speedway’s Corr/Pak Packaging-sponsored  regular season schedule  and only three events remaining on the Southern Ontario Sprints tour, Mitch Brown has to be glancing at the standings in both series and wondering if he can catch Ohsweken’s Glenn Styres in the chase to one or both championships.

Brown held a slim 3-point lead over Styres in the Southern Ontario Sprints tour standings heading to race number 8 at South Buxton Raceway on Saturday August 2, but fell to second place behind Styres when the Ohsweken veteran finished third and Brown fourth in the featured A-Main.

That event was won by local favourite Kyle Patrick of Tilbury, ON who scored his first SOS win of the season storming past leaders Keith Dempster of Alton, ON and Styres on lap sixteen of the 25-lap special.

Brown, who started fifth in the A-Main behind pole sitter Warren Mahoney of Lefroy, ON, Dempster, Styres and Frank Baranowski of Hamilton, ON, had his hands full on the tight oval but was able to stay in the chase with the leaders but dropped two points back of Styres in the tight standings.

Both Brown and Styres won their qualifying heats.

Earlier in the week, Brown raced to a solid fifth-place run in a rare Monday night event at Ohsweken Speedway finishing ahead of Styres who came home in sixth in the 25-lap Burger Barn Northern Summer Nationals special.

Styres continues to lead the Corr/Pak Packaging standings at Ohsweken with 676 points , 32 ahead of Brown at 644.

Jim Huppunen of Fenwick trails Styres by 45 points  (631) followed Kyle Patrick of Tilbury (621) and Shane Ross of Thedford (575) to round out the top five in the championship battle.

Since his flip back on June 13th, Jake Brown appears to be back in the chase for the 602 Crate Sprint Car championship at Ohsweken . The teenager has motored to six top-five finishes in his last seven races up to August 28th at Ohsweken including three runs in the top-three.

It appeared he was on his way to win number 2 on July 28th but he found the high line around the 3/8th-mile oval a little too loose and dropped to third with three laps remaining.

There was little doubt he was disappointed by the results but may have learned a lesson from his lane choice.

Both brothers will be back at Ohsweken Speedway this Friday, August 8th in pursuit of improving their positions in the seasonal standings. 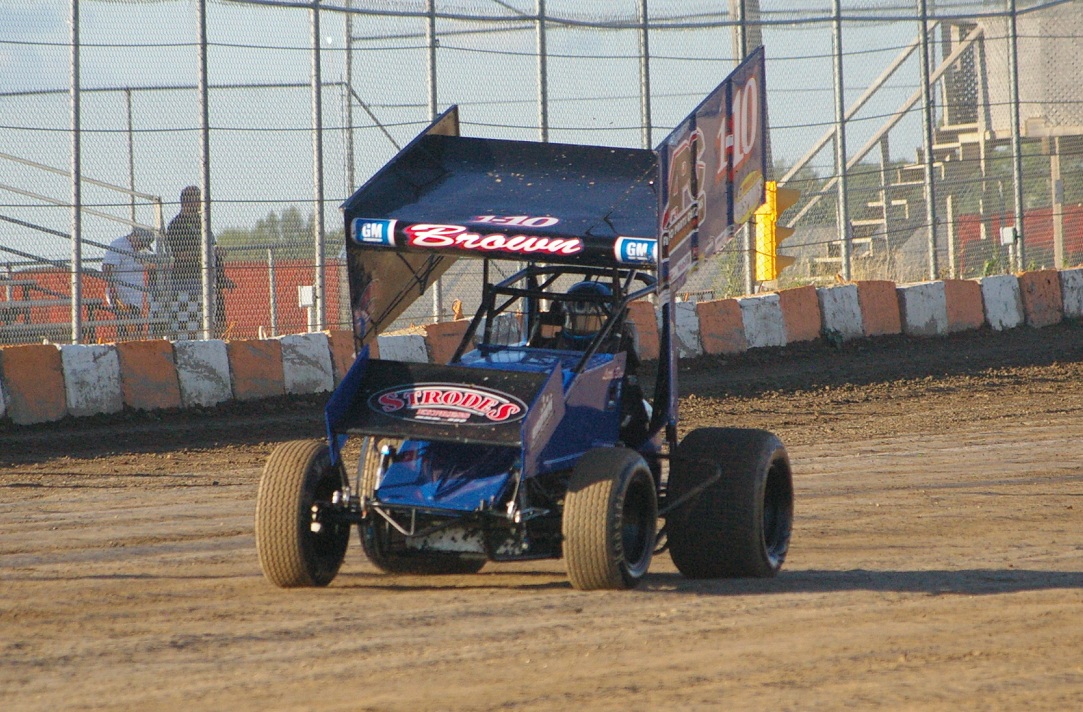