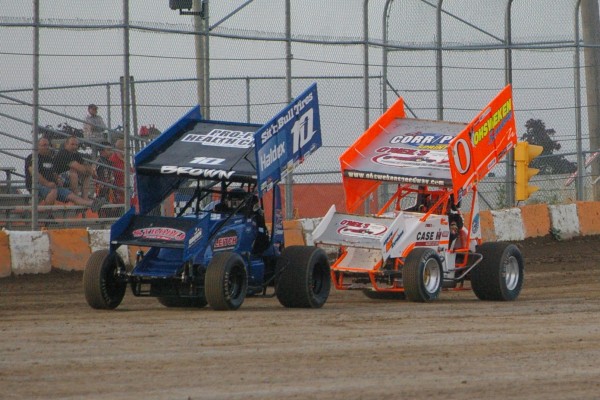 Remains In the Hunt for Ohsweken Speedway Title

Mitch Brown lost some ground in the battle for the Southern Ontario Sprints points’ lead last Saturday at Brighton Speedway but seemed unperturbed by what he described as driver error that may have cost him a fourth straight win at the 1/3-mile dirt track in Northumberland County 15 kms west of Trenton, ON.

The Brantford Sprint Car driver grabbed an early lead from his outside pole position in the 25-lap main event but was quickly followed by Glenn Styres of Ohsweken before the first had been completed.

The top two quickly broke away from the field and diced their way through lapped traffic as early as lap four. Styres cut in to Brown’s lead when a group of lapped cars made it difficult for Brown to run his preferred line against the cushion. On lap 12, Brown saw his opportunity for a fourth consecutive win at Brighton disappear when something broke in the car’s front end, damaging the steering. The damage ended Brown’s race, giving the lead to Styres.

Mitch later recounted that he hit one of the tracks giant corner tire markers while trying to get around Dain Naida of Tecumseh, MI, resulting in a damaged front wheel and steering linkage that ended his night early.

“Chalk it up to driver error” stated Mitch when questioned on the mishap. “I just misjudged the room I needed and it cost me.”

Styres went on to win the race and widen his lead over Brown to 70 points with just two races left on the series schedule.

Those events are back to back races both at Brighton Speedway August 30th and 31st.

Mitch Brown faced some stiff competition at Ohsweken Speedway on the preceding Friday night (August 8th), as he and his fellow Corr/Pak Packaging divisional competitors faced off against the touring Empire Super Sprints.

But the stiffer competition didn’t deter the driver of the Haldex, Pro-Fit Health Club, Sit ‘N Bull Tires, Leitch Performance Engines and Strodes BBQ & Deli-sponsored competitor who held his own by motoring to a solid fourth-place finish in the 25-lap A-Main feature.

2013 Sprint Champion Jim Huppunen is still in the chase as well just 13 points behind Brown and 45 behind Styres.

The driver of the #1-10 APC, Port Dover Auto Parts, Strodes Express and Brown Auto Service-sponsored Sprinter also has to content with Ohsweken’s Aaron Turkey who currently sits second in points 25 ahead of Brown and 27 behind Hunsinger. 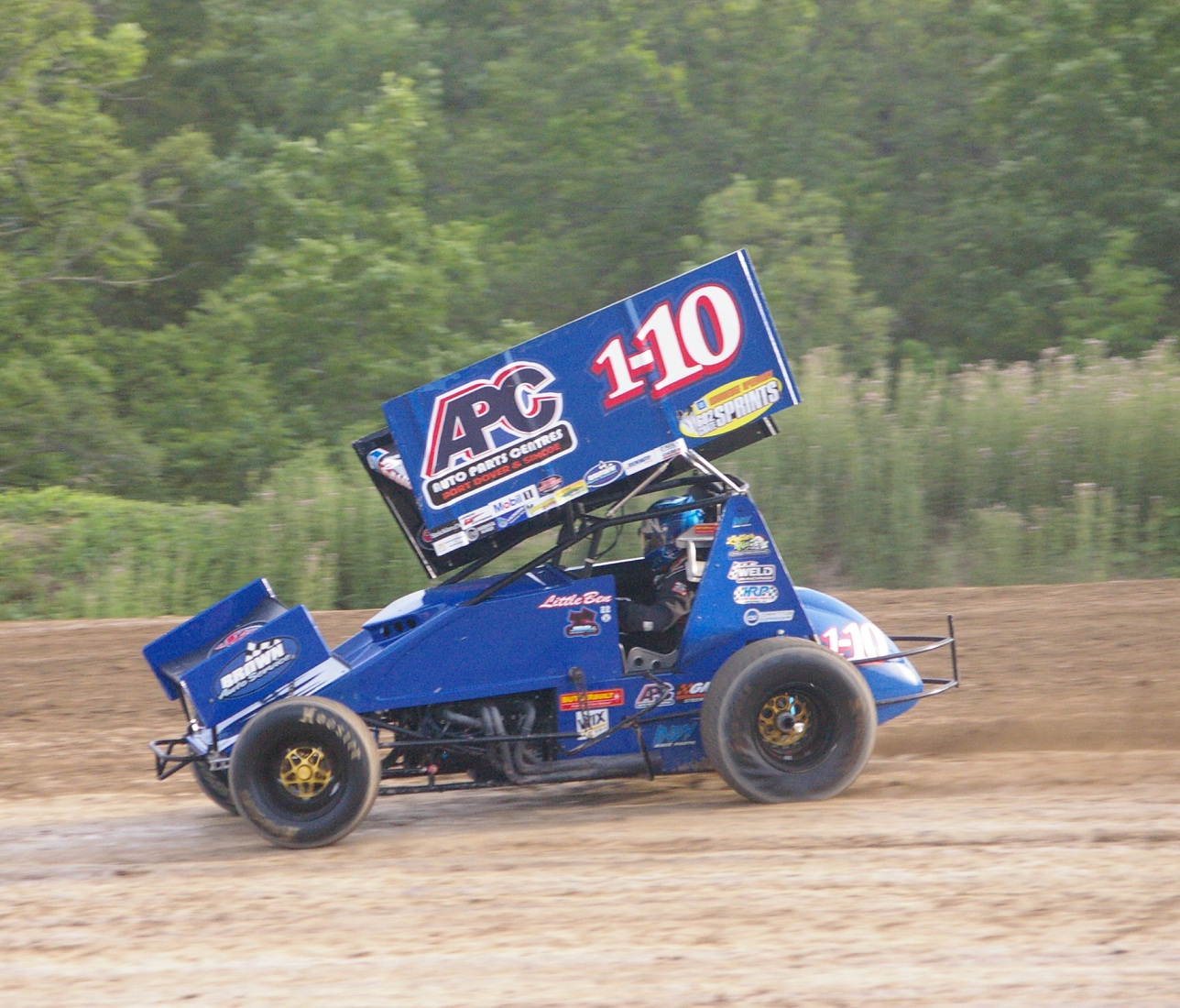 “ORANGE OUT” FOR KEVIN WARD, JR.

Mitch Brown Racing joins with Ohsweken Speedway  in asking everyone to join our friends from the Empire Super Sprints and Brewerton Speedway in wearing orange to Ohsweken Speedway this Friday in honour of Kevin, and in support of his family. #13 decals will also be available to all competitors to place on their cars this Friday.

Please keep Kevin’s family and friends in your thoughts during this difficult time.