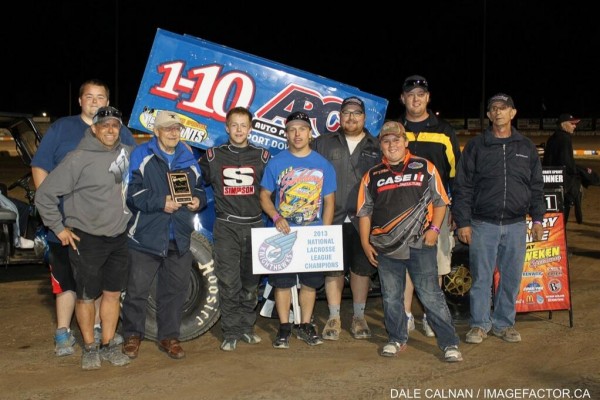 The first year driver in the track’s new Strickland’s GMC Crate Sprint Car Division captured his first A-Feature of the season outdueling veteran racer Ryan Hunsinger of Caledonia, Ontario to claim the victory in the 15-lap race to the checkered flag.

Josh Shantz and Mike Thorne were on the front row to start the Crate Sprint Car feature, but Brown and Hunsinger charged through the field quickly, with Brown taking the lead from Shantz on lap 4.

The Brantford youngster, running with the popular moniker “Little Ben” and number 1-10 his grand dad Harold Brown ran during his Supermodified days back in the 1960s, chose the middle groove through some of the roughest sections of the track in turns one and two for much of the race, while Hunsinger worked the low groove and tried to avoid the bumps. The two opposing strategies created one of the best races of the Ohsweken season so far, with Brown and Hunsinger officially swapping the lead 4 times in 11 laps.

It appeared that Hunsinger might be headed for his second win of the season, but Brown found a smooth line through turns one and two on the last lap. The two raced side-by-side to the finish line, with Brown winning by just 0.113 seconds. Hunsinger settled for the runner-up spot, followed by Josh Shantz, Mike Thorne, and Brad Herron.

Mitch Brown Again Strong in 360 Sprints
While the younger of the two Brantford racing brothers enjoyed his moment in the limelight, Mitch Brown was also reflecting on his night’s performance with a strong fifth-place finish in the 20-lap Corr/Pak Packaging 360 Sprint Car A-Main after starting eighth in the 20 car field.

He also ran to a solid second-place finish in his 8-lap qualifier.

Jessica Zemken of Sprakers, NY passed early leader Jim Huppunen of Welland, Ontario on lap 16 to claim her first win at Ohsweken setting a new track record in the 20-lap distance which went the non-stop without a caution flag. Chris Steele and Dave Dykstra finished third and fourth respectively. 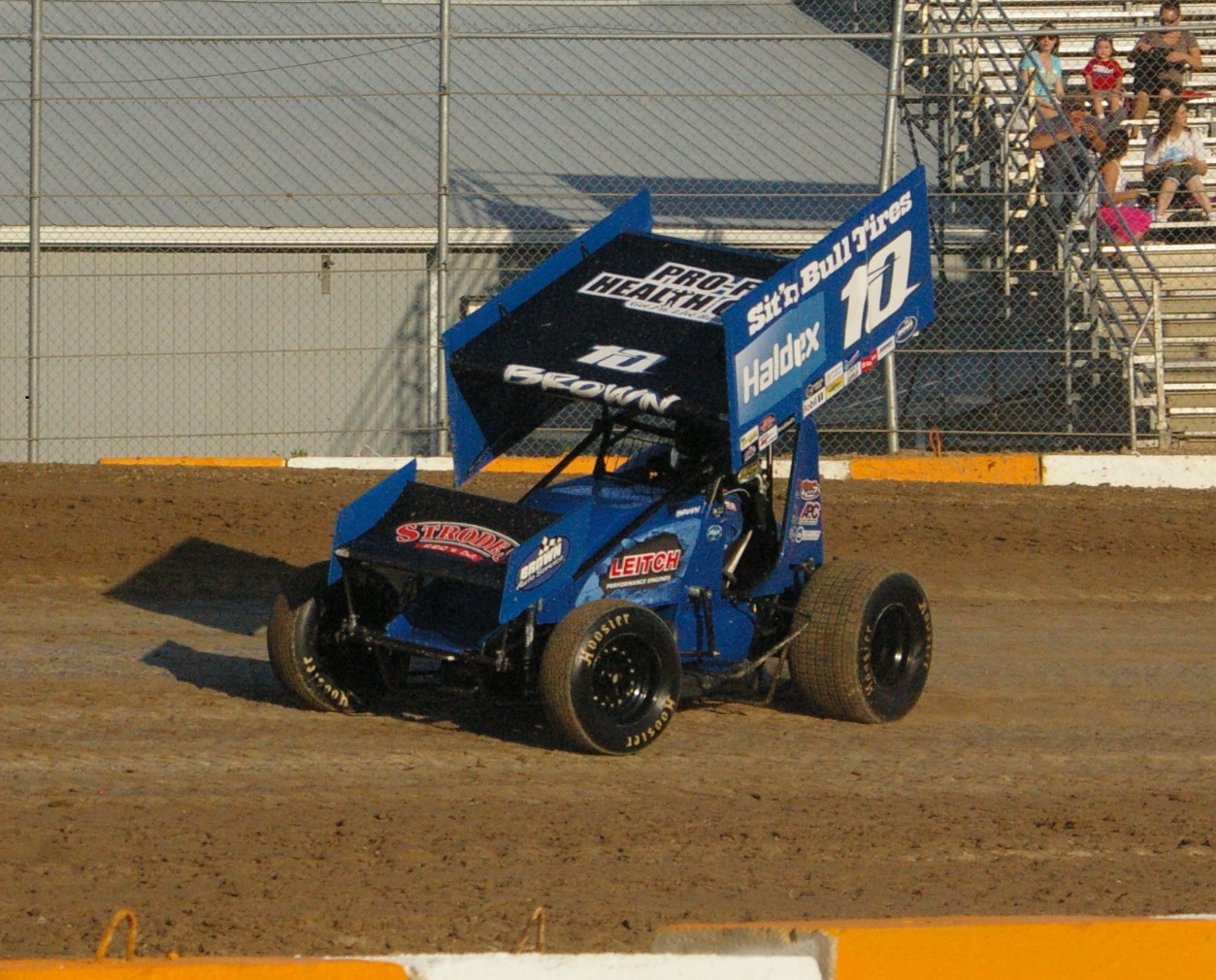 Busy Weekend Ahead for Mitch Brown Racing Teams
It will be another hectic weekend of racing for Mitch and Jake Brown with both brothers scheduled for action at Ohsweken Speedway on Friday night (June 13th).

On Saturday Mitch and his crew head to Brighton Speedway for a Saturday night Southern Ontario Sprint event then backtrack to Humberstone Speedway for another SOS race on Sunday.

Mitch Brown won his first SOS Feature at Brighton on May 17th and currently sits second in the SOS standings, 30 points behind points leader Glenn Styres.