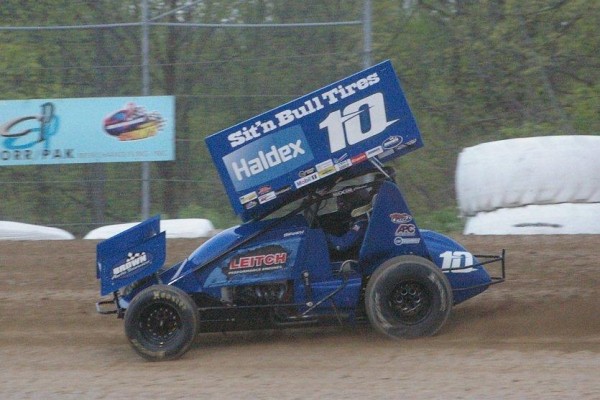 Brantford’s Mitch Brown is heading to Ohsweken Speedway this Friday seeking to better his performance of a week earlier when he recorded a satisfying third -place finish in the track’s season opener in the Corr/Pak  Packaging Sprint car A-Main.

The fifth year competitor in the winged open-wheel race cars won his qualifying heat in easy fashion on May 23rd but he elected to run conservatively on the inside groove around the 3/8th-mile oval in the 20-lap feature event chasing early leader Dave Dykstra  -a strategy that may have cost him the win.

Brown had started sixth in the 21-car field and moved quickly into second place but when he elected to follow Dykstra on the lower, slower inner  line, track owner Glenn Styres , Todd Hoddick of Cheektowaga, NY and Hamilton’s Mickey Kruchka chose the higher line.

Aided by a couple of caution flags, first Kruchka and then Styres took advantage of the leaders and found their way to the front with Styres taking the lead on lap 19 following a spin by Fenwick’s Chris Steele.  Kruchka held on for second while Brown passed Dykstra on the last lap for third.

Jacob Brown making his first start in the track’s new Strickland’s GMC Crate Sprint Cars finished second in his qualifier then ran to an impressive third place in the divisions first ever feature. 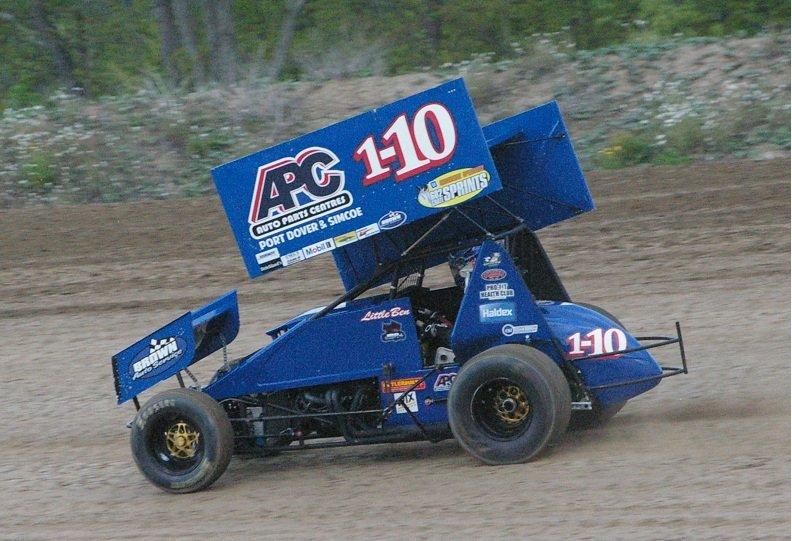 Mitch and his teammates travelled to two Pennsylvania tracks for Patriot Sprint Tour events Saturday and Sunday where he finished second in his qualifier and seventh in the A-Main at McKean County Raceway then second in his heat and tenth in the feature at Eriez Speedway near Erie, PA on Sunday.

Mitch and Jake Brown will be hosting some friends and sponsors in a pre-race BBQ at Ohsweken’s Sponsor Appreciation Night on Friday where invited guests will not only enjoy a hearty feast catered by Strodes BBQ & Deli but will also be entertained by the track’s five regular Friday night racing divisions -the  featuring 360 Sprint Cars, Crate Sprint Cars, Thunder Stocks, Mini Stocks, and Bombers

The BBQ will get underway at 5:30 PM followed by the racing programs at 7:30 PM.