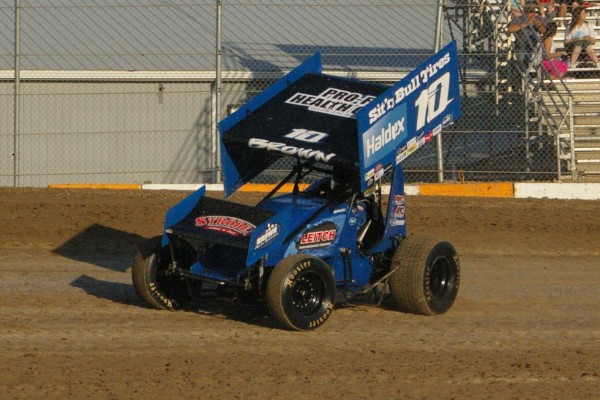 Ohsweken Speedway opens its gates to the start of the 2014 season this Friday, May 16th and among those anxious to get the season underway are Brantford racing brothers Mitch and Jake Brown.

And you can bet they are determined to get the season off with an impressive start.

Despite the exhilaration Mitch experienced just two weeks ago, he’s now focussing his total attention on his Sprint Car racing program that will include upwards of 40 events over the course of the season. In addition to his pursuit of Ohsweken Speedway’s Championship he plans to compete in events on the Patriot Sprint Tour, Empire Super Sprints and with the Southern Ontario Sprints.

For Jake Brown, the 2014 season in the new winged, open-wheel Sprint Cars will be a totally new experience for the teenager whose motorsports career to date has consisted of two years of competition first in Mini Stocks then two seasons in Ohsweken’s Thunder Stocks –both comprised of full-bodied stock
cars.