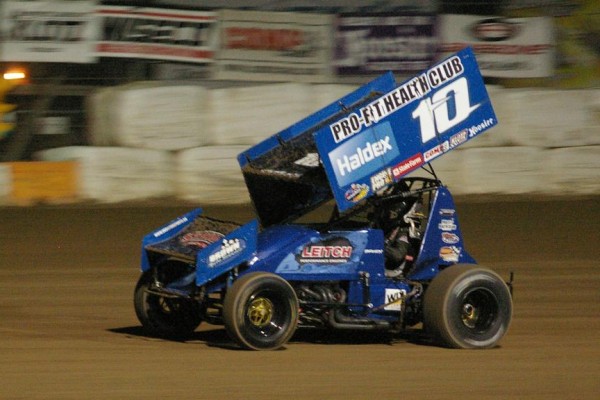 Brantford, Ontario’s Mitch Brown just completed his third year of competition in the ultra-fast world of Sprint Car racing but many who race against the youngster consider him a veteran even at nineteen years of age.

Although he slipped a notch or two from his superb fifth-place finish in the 2011 Ohsweken Speedway Corr/Pak points standings, Mitch may have felt a tinge of disappointment with his tenth place posting in this season’s championship race but he didn’t spend much time reflecting on the results for he’s already looking forward to 2013.

After coming off an amazing 2011 sophomore season where he finished fifth in Ohsweken Speedway points standings and captured two A-Mains he was determined and well prepared to make a run for the Corr/Pak Sprint Car Championship at Ohsweken Speedway in 2012.

But as those involved in sport know, the road to reaching their goal can often be affected by luck, both good and bad.

The end result was a disappointing tenth-place finish in the final points’ standings but it certainly wasn’t from the lack of intensity and effort he put into his racing endeavours.

Anyone familiar with Mitch’s knowledge of the sport and his determination to be at or near the front of the field each night out knows he might have done better with a break or two throughout the season. But that lucky break was certainly not in his corner in 2012. Not even when it came to drawing a good starting spot prior to the night’s qualifiers or in the redraws among the top finishers heading into the A-main feature events.

Over the course of the season he recorded eight top-ten finishes in A-Mains and garnered a couple of heat wins.

In addition to his regular Friday night schedule at Ohsweken, Mitch participated in a limited number of winged, open-wheel events on the Patriot Sprint Tour, selected races with the Empire Super Sprints and even some races where most competitors are considered professionals who race on the short tracks throughout the United States. He raced his way to a second place finish at Cornwall Speedway on July 15th, his best ever finish in that series.

Mitch was in seventh place in the Canadian Points standings of the Patriot Sprint Tour prior to the last race of the season at Brockville Speedway on October 13th but was forced to miss that event due to his hockey commitments. He wound up 11th when the final race results were tallied.

In the four race Northern Summer Nationals co-hosted by Ohsweken Speedway and South Buxton Raceway he wound up eighth in the final standings.

The seventeen year-old younger brother of Mitch Brown wanted desperately to contend for a top-five spot in points of the Lighthouse Tattoos-sponsored division at the local track but found the challenge a little more than he was expecting.

Perhaps it was the added car weight and overall size. Perhaps it was the numerous mechanical problems that plagued his Monte Carlo throughout the season. Or perhaps it was just his inexperience competing against some of the division’s veterans who have made the Thunder Stocks so competitive over the past few seasons and have plied their racing talents at the Big “O” for a few years.

Despite the problems or lack of experience, “Jake” did finish tenth in the final results and came oh so close to earning “Rookie of the Year” accolades – a reward he missed by a slim 12 points. 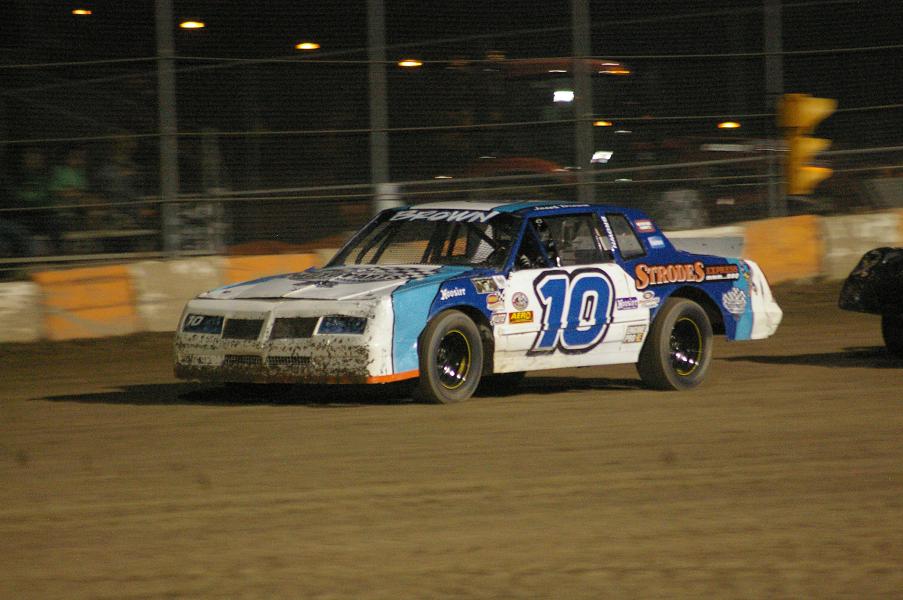